The Meaning and Motivation Behind Critical Race Theory, As Explained by Dr. Swain 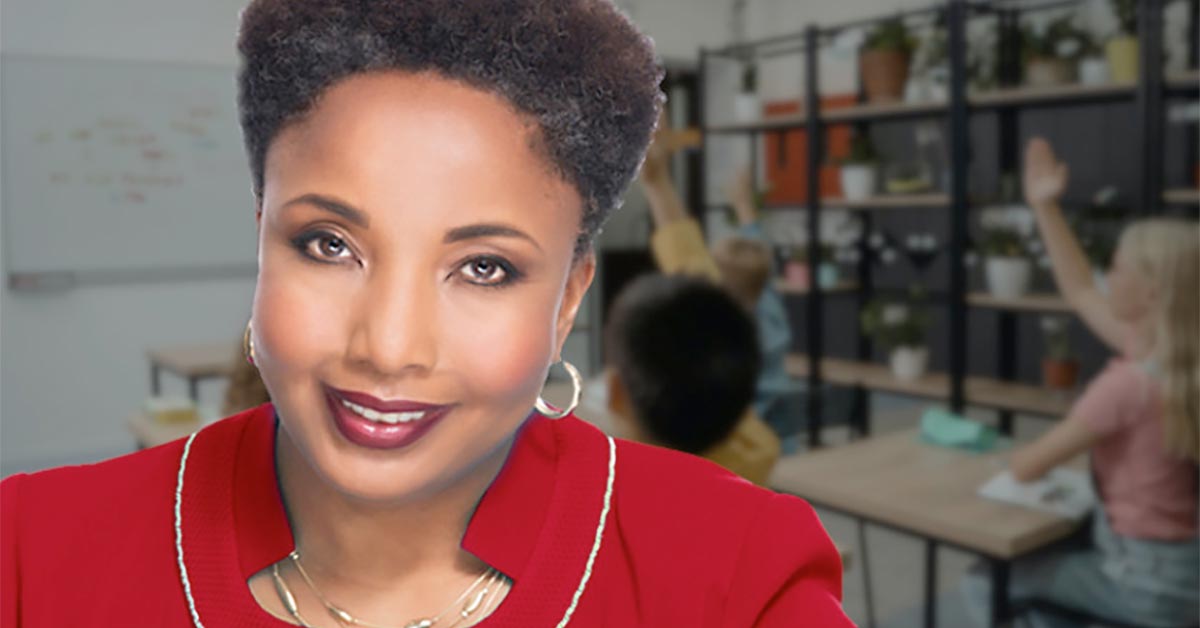 Dr. Carol Swain says that critical race theory (CRT) is the Civil Rights issue of our time, marketed for political gains by those in power. If left unchecked, Dr. Swain observed that CRT could destroy the country.

Robertson introduced Dr. Swain by reading large swaths of her analyses on CRT. The insight offered a fundamental understanding of the theory and its functions.

Critical race theory is an analytical framework to analyze institutions and culture. Its purpose is to divide the world into White oppressors and non-White victims. Instead of traditional forms of knowledge, it holds up personal narratives of marginalized minority ‘victim’ groups (Blacks, Hispanics, Asians) as evidence – considered irrefutably by its nature – of the dishonesty of their mostly White heterosexual oppressors.

The ultimate goal of this theory’s proponents is to remake society so that the victim class eventually displaces the oppressors and becomes the new ruling class. Within this framework, ‘White privilege’ and its unearned benefits become responsible for economic, health, and social disparities in minority communities. This system of thought advances a narrative of blame that declares White America guilty for the plight of Blacks.

When it comes to education, members of the victim classes are to do all the teaching. It is a worldview and narrative that commands White people to sit in obedience and listen quietly to arguments about their unjust gains as well as their obligation to provide a remedy for them – in this case, to Black Americans, whether they are descended from slaves or not.

There is no way out for Whites when it comes to race. Critical race theory assumes that racism is permanent and affects every aspect of society, including political, economic, social, and religious institutions. The theory further advances the belief that being born with white skin, in itself, confers unearned benefits.

Therefore, any societal attainment of colorblindness, in which race or ethnicity does not hinder opportunities, is impossible. Neutrality in law and decision-making is a pipe dream that can never be attained. Therefore, this mistaken reasoning goes, the oppressive system must be dismantled and destroyed.

The flawed theory suggests that race and ethnicity will always taint and pollute every decision, and, as a result, racial minorities will consistently lose out to white because of structural racism.

In response to this explanation, Robertson dismissed CRT as a shoddy theory.

Robertson asked Dr. Swain why CRT is now coming after all the progress made in American history for Black Americans. Robertson listed the Emancipation Proclamation and the end of slavery as a few examples of progress.

“[CRT] does involve discrimination against Whites but it harms minorities as well, because if you’re told that you’re a permanent victim, and no matter what you do, you’re still going to be a victim because White people are privileged and White people control your fate,” said Dr. Swain. “I mean, that is not something that would inspire people to improve their lives. It’s a very depressing, disheartening message. It is setting us back in race relations. We were making progress. We are going backwards.”

The CRT argument that White people have a property interest in their Whiteness and that only White people can rescue people of color are hallmarks of White supremacy, said Dr. Swain.

“I think that White people need to push back because [CRT] runs counter to our Constitution’s Equal Protection Clause [and] all the Civil Rights laws,” urged Dr. Swain. “White people are protected by the 1964 Civil Rights Act and many state and local laws. [CRT is] not who we are as Americans, in the sense that in America we are a nation where the people know that it’s not acceptable to shame or bully people because of the color of their skin. If [Civil Rights law] applies to racial and ethnic minorities, it also applies to white people.”

Dr. Swain went on to say that CRT has no place in the church. Yet, she shared that she’s witnessed it increasingly in faith communities.

“What I find is that a lot of pastors are being deceived and manipulated. They all are guilt-ridden that they’re White, and they’re going along with it, and they’re giving deference to Black pastors and Black churches – who are, for the most part, Democrats pushing a Democratic agenda because critical race theory has taken over the Democratic Party. That’s not good for society,” asserted Dr. Swain.

Robertson questioned whether CRT is “really widespread.” Swain affirmed, citing the recent Sesame Street and Nickelodeon specials with CRT teachings as well as the publication of research claiming that infants as young as 6 months can be racist.

“They want parents to intervene and teach children to be anti-racist. They do this by making [children] conscious of race. The days when you grew up, had a best friend, and you loved your best friend, and you didn’t notice your best friend’s race – I mean, that’s how most of us grew up,” said Dr. Swain. “Now, they want you to notice race first. I think this can go horribly wrong because if you notice race first and you don’t get to know individuals – if you have an unpleasant experience as a child with someone from a different race or ethnicity. You’re more likely to characterize that whole group based on your experience of one person. When we saw each other as individuals, that was less likely to happen.

Robertson responded that CRT would tear America apart. Swain agreed. She said that more people need to stand up and push back against CRT.

“I find that many White people in America have been shamed to the point they lost their voices, they won’t stand up for principles,” observed Dr. Swain. “I think that racial and ethnic minorities like me have to stand up and lead the Civil Rights movement because this is a Civil Rights movement.

The interview closed with Swain reasserting that CRT won’t cause racial unity, just deepen divisions, and that those who believe in CRT have “lost their minds.”

“Critical race theory cannot reconcile anyone because it is based on division, and it has no place in the church,” explained Swain.